A LEGEND ABOUT A CITY

Legends tell of days of old when lakes and hills flew through the air. All you had to do was to guess their name and say it out loud for them to land on Earth in the very spot where their name was mentioned. Nowadays too, once you say them out loud, imaginary cities and people’s wishes tend to come true. All you need to do is to guess the right name at the right time.

The concept for the exhibition is based on the desire to depict the interim state between the continuous motion of human imagination and the moment when an idea materializes and takes shape. The exhibition is comprised of a composition of several large-scale lightweight metal (tin) objects, which are hung from the ceiling and, rotating around their axis, do not touch the floor. The set of these structures of objects is continually interacting and moving. Together, large and relatively small objects symbolically depict the city’s division into districts. The city center contains broad, structured and coherent architecture, surrounded by denser building volumes, a more composite old town and more chaotic abandoned areas. Some structures are augmented with relative elements and objects of architecture (steps, window frames, arks….).
The buildings and objects in them slowly move and turn on their axis under the influence of gravitation and air flow. The slow movement of the objects themselves creates choreography and play between light and shadows. 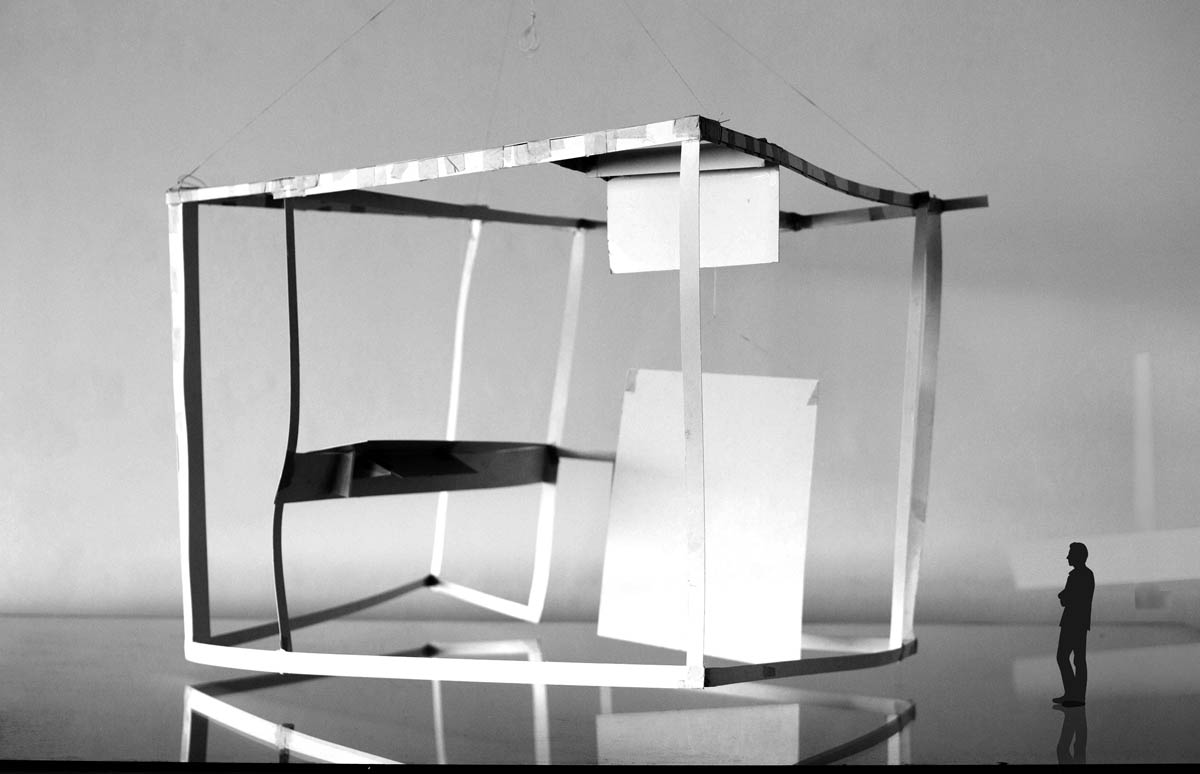 The exhibition is arranged so that visitors have the chance to view it close-up, circling its perimeter. There is also a second option, which would see visitors setting off on an exciting trip through the mobile urban labyrinth, which would also take them inside individual objects. As a result of the discrete flow of air, the mutual arrangement of the objects and the space between them would continuously change. Upon entering an object, the object’s entrance and exit would slowly change position. As far as the viewer is concerned, their excursion is transformed into an
adventure, prompting them to continually seek the new direction of the entrance and exit.

In the event that there are a lot of viewers, the speed of the motion of the objects can be discretely controlled by the staff on duty in the exhibition hall, who, from time to time, can hold and slow down the speed at which the objects rotate, which can change if the works of art are accidentally nudged or pushed by viewers.

The concept of the exhibition also provides for interactivity, whereby the viewer tries to guess the name of the flying city and to say it out loud. Saying an individual word out loud will generate a quiet melodic sound. One of the exhibition’s elements will start moving downwards, but will never touch the floor, because the viewer has not guessed the right name of the city. The interactive section is controlled and discretely regulated by sensors that register the words and conversations of the viewers. There is also an option to switch the interactivity of the sensors into manual mode, whereby the exhibition’s technical personnel will control the interactivity by means of a simple switch.

Objects, which are hung from the ceiling and, rotating around their axis, do not touch the floor.
The set of these structures of objects is continually interacting and moving. 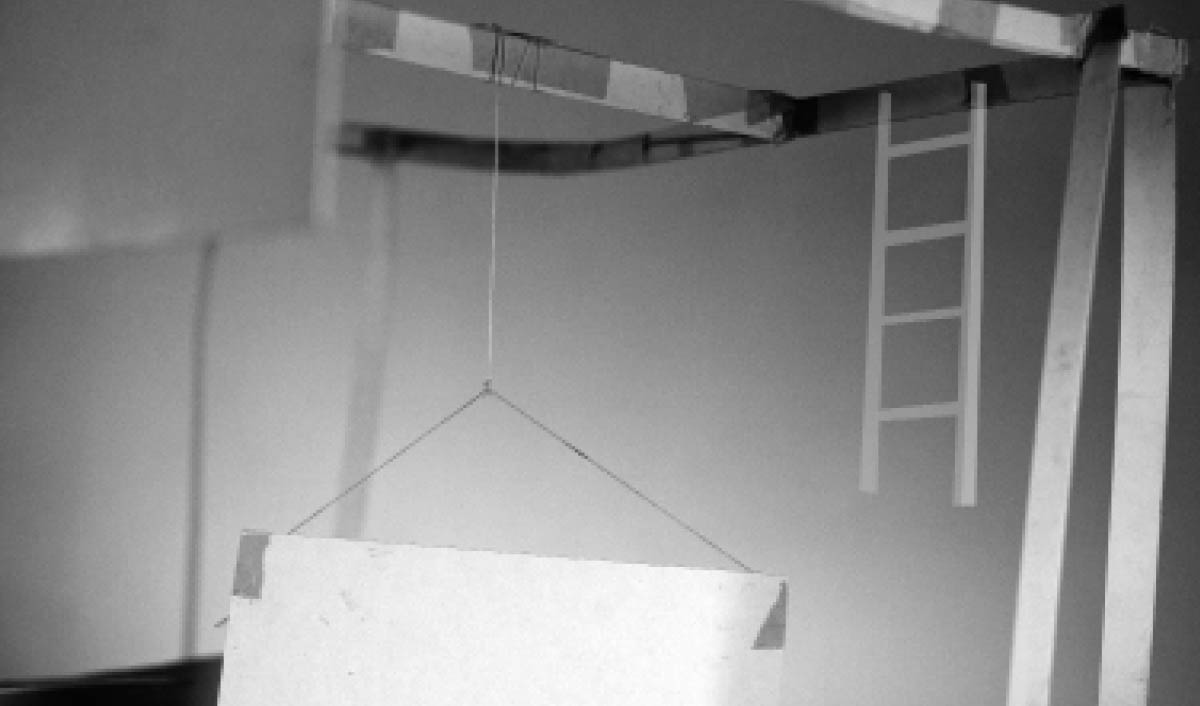 The exhibition is comprised of a composition of several large-scale lightweight metal (tin) objects.

In the video objects move faster than planned in reality, to record the spatial movement.