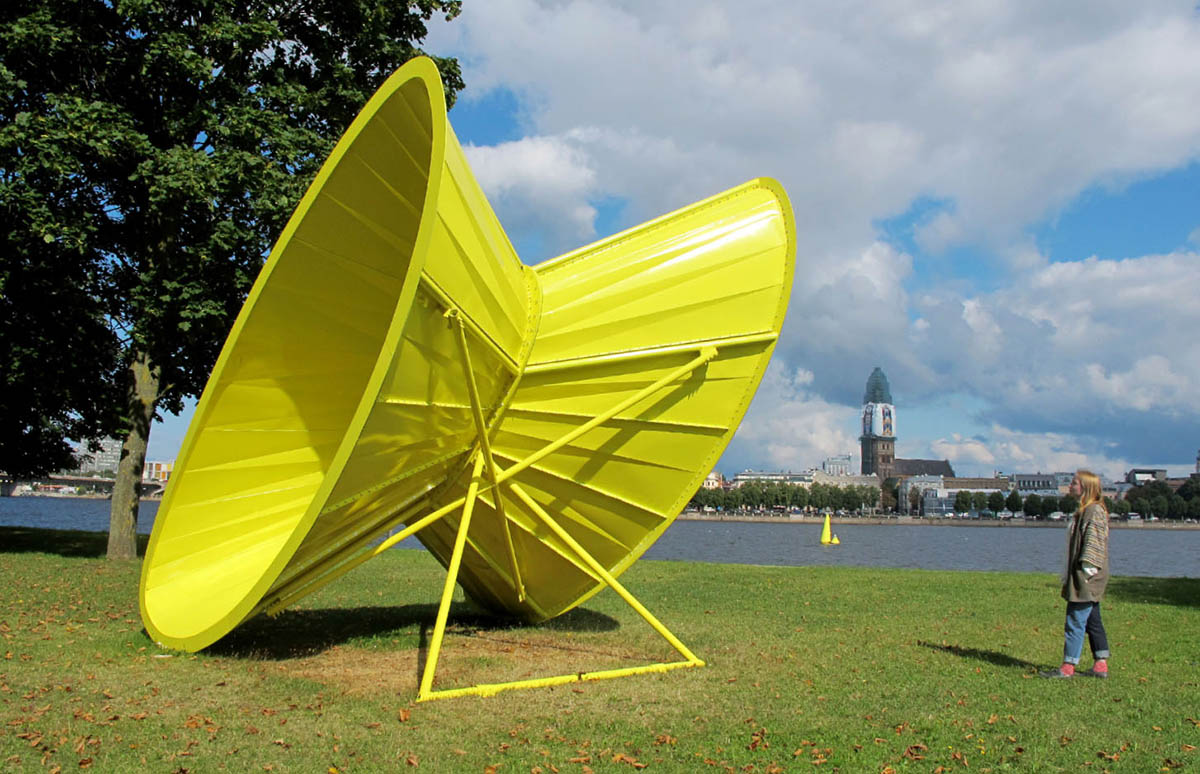 Essentially, this visual art project communicates man’s attempts to discover, listen to and understand the unknown. In other words, it concerns our desire to send a message and receive a reply and our wish not only to be understood, but also to understand others.

“Legends tells of ancient times when people spoke a common language with the waters, mountains, trees, birds and animals. We are interested in the question of whether this ability to hear, understand and address nature around us has been lost forever, or merely slightly forgotten.”

In 2014, artists and scientists launched a joint project with the objective of listening, recording and subsequently translating water stories. This is an ambitious and artistically captivating challenge.

The Daugava has been awarded the status of a river of destiny, which testifies to its importance in the life of any member of the Latvian population through the ages. Likewise, the Daugava is of particular significance to the history of Latvia – it has been a witness to wars, changes in political regimes, including the securing and restoration of independence. The Daugava does not differentiate between genders and nationalities; it has its own flow and story. It came before us and will remain after we are gone; it is calm yet restless and shallow yet deep.

It would be fascinating to discover what the Daugava has to say, what stories she has to tell and whether we’re capable of understanding them. 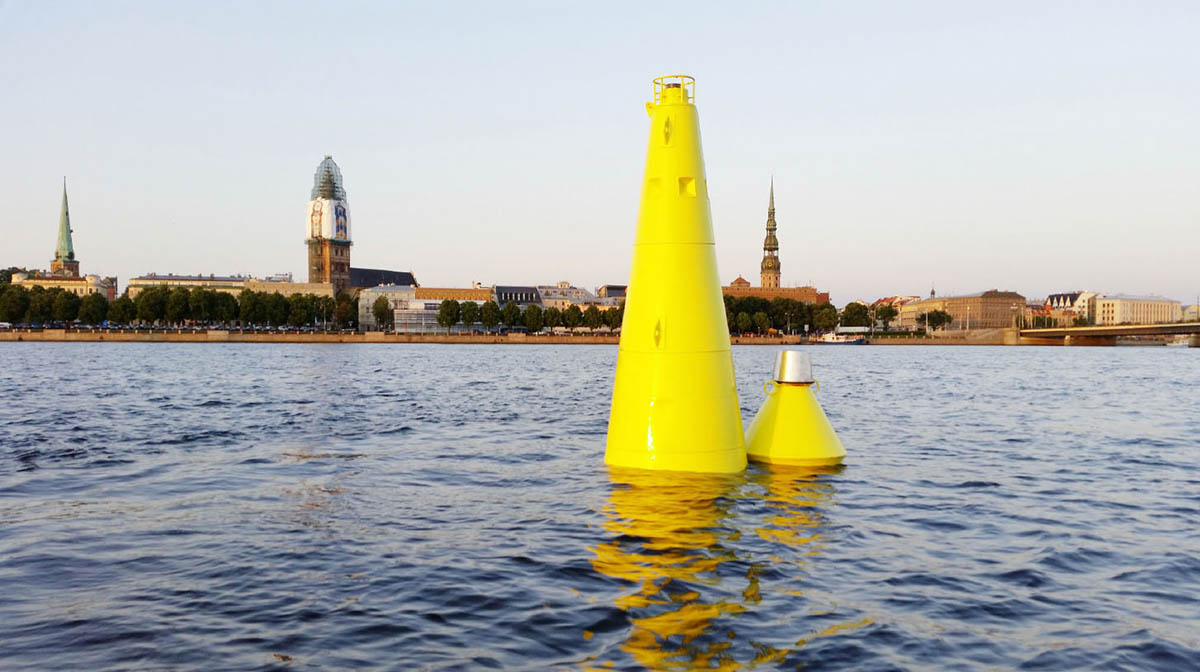 The art objects are created with the function of recording and graphically depicting the Daugava’s flow or metaphorically speaking – its narrative in real time. 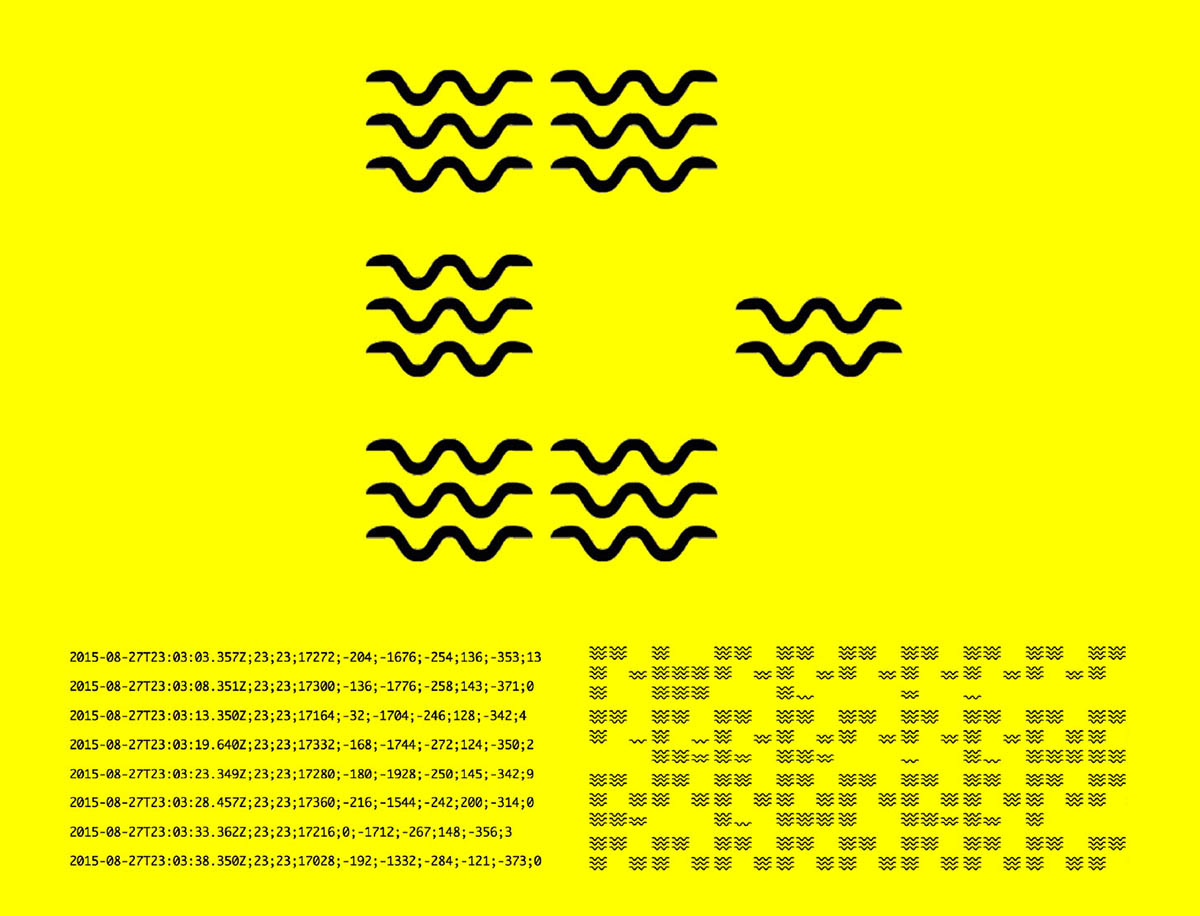 The sensors inserted into the work of art perceive the Daugava’s waves, which are then transformed into a graphic image and digital code. The message is recorded in a binary counting system and, at intervals of five seconds, the resultant data is transformed into a graphic sign, which is comprised of 27 individual elements, i.e. symbols of waves. This type of notation makes it possible not only to form a sign with actual content, but to turn it back into physical action.

The composition is comprised of several individual groups of environmental art objects in central Riga.

Sculptures in the water (1.) are like the needle of a record player placed on a record, which in this case is the surface of the Daugava water. The sensors positioned in the work of art perceive the Daugava’s waves.

The art objects (2.) transmit the data obtained to the NOASS Arts Centre (3.), where this information is archived, deciphered and transformed into a visual format, thus recording the stories of the Daugava. 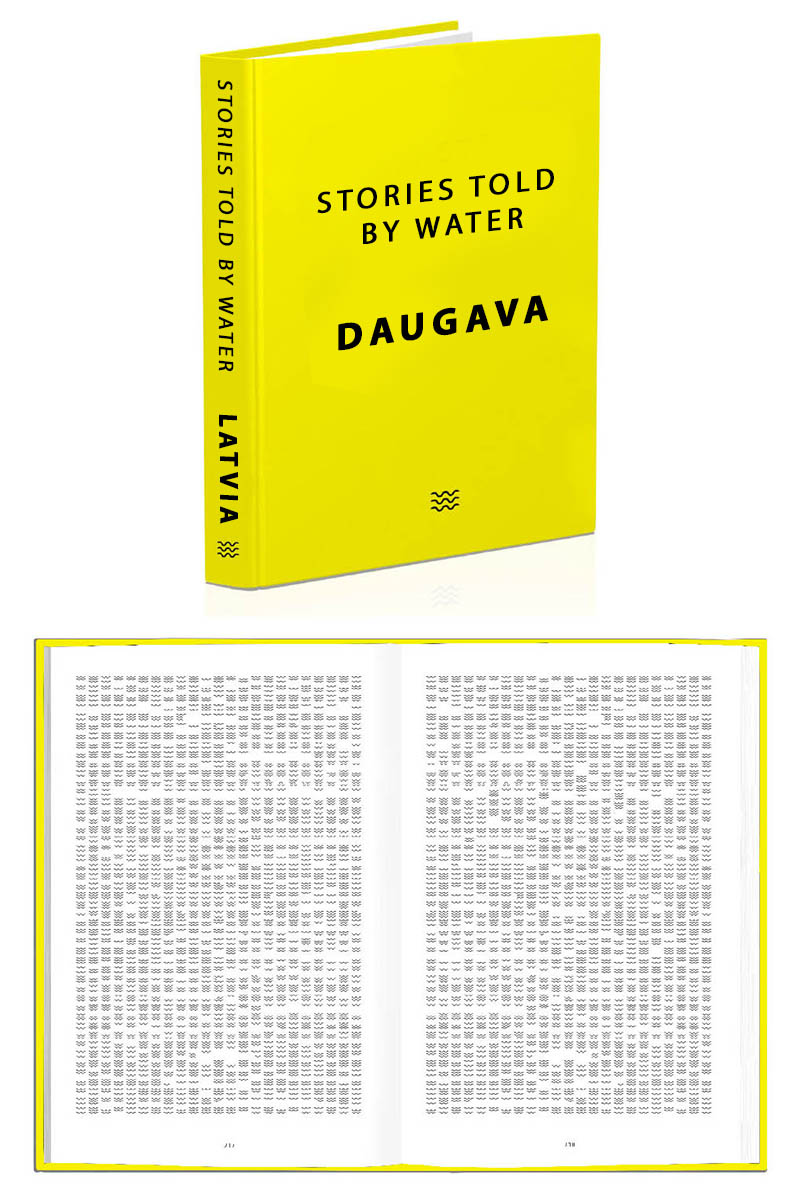 The graphically depicted and recorded narrative will be collated in a book.
Marking the centenary of the Latvian State, a book entitled “Daugava Stories” will be published in 100 copies.
The first copy of the collection of Daugava stories will be presented to the National Library of Latvia. 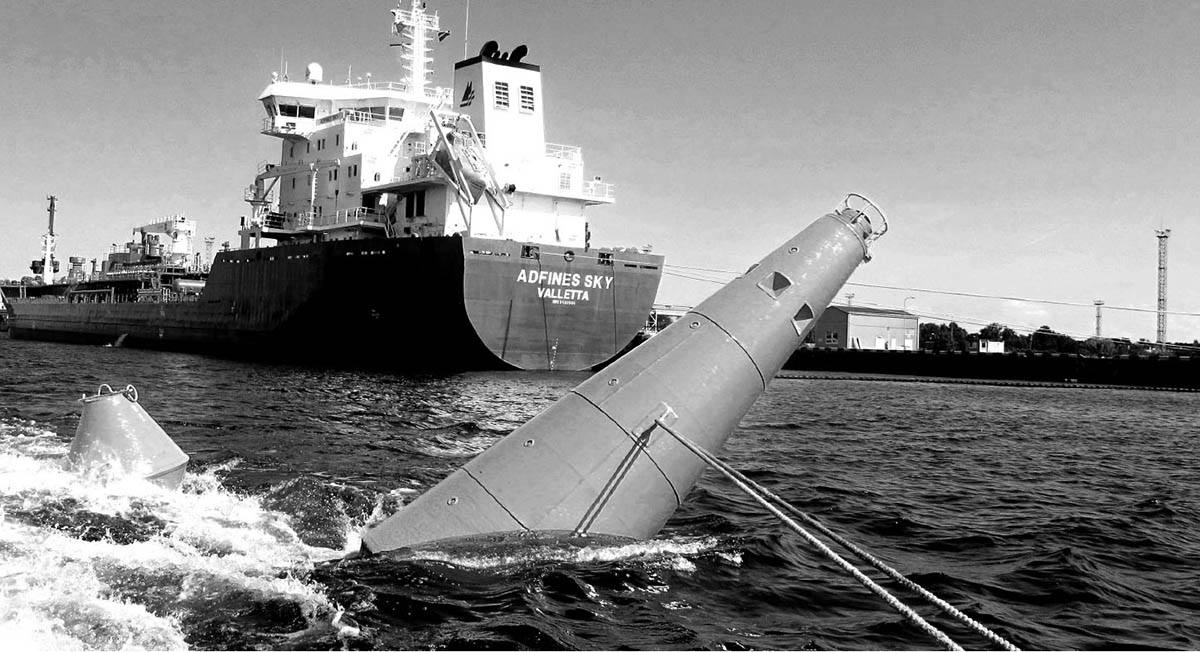 Collaboration between scientists and artists will manifest itself in a quest for new forms in the creative process and means of expression in visual art. 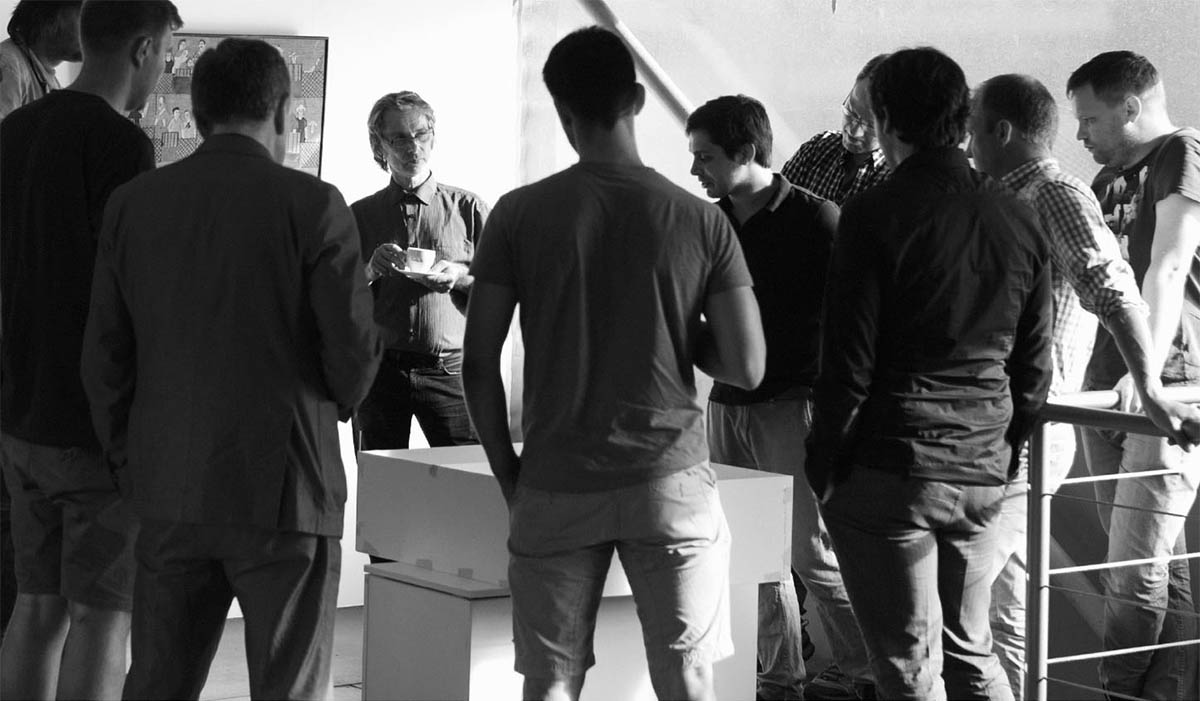 This past spring, with the participation of several of Latvia’s leading scientists and researchers, including the Rector of the University of Latvia, Professor Indriķis Muižnieks, Dr.sc. ing. Kaspars Kalniņš, Ph.d; Senior Researcher at Institute of Electronics and Computer Science, Ph. D. Leo Saļavo; and computer science postgraduate Ingars Ribners and other experts, a system and devices were created that record and archive water stories. 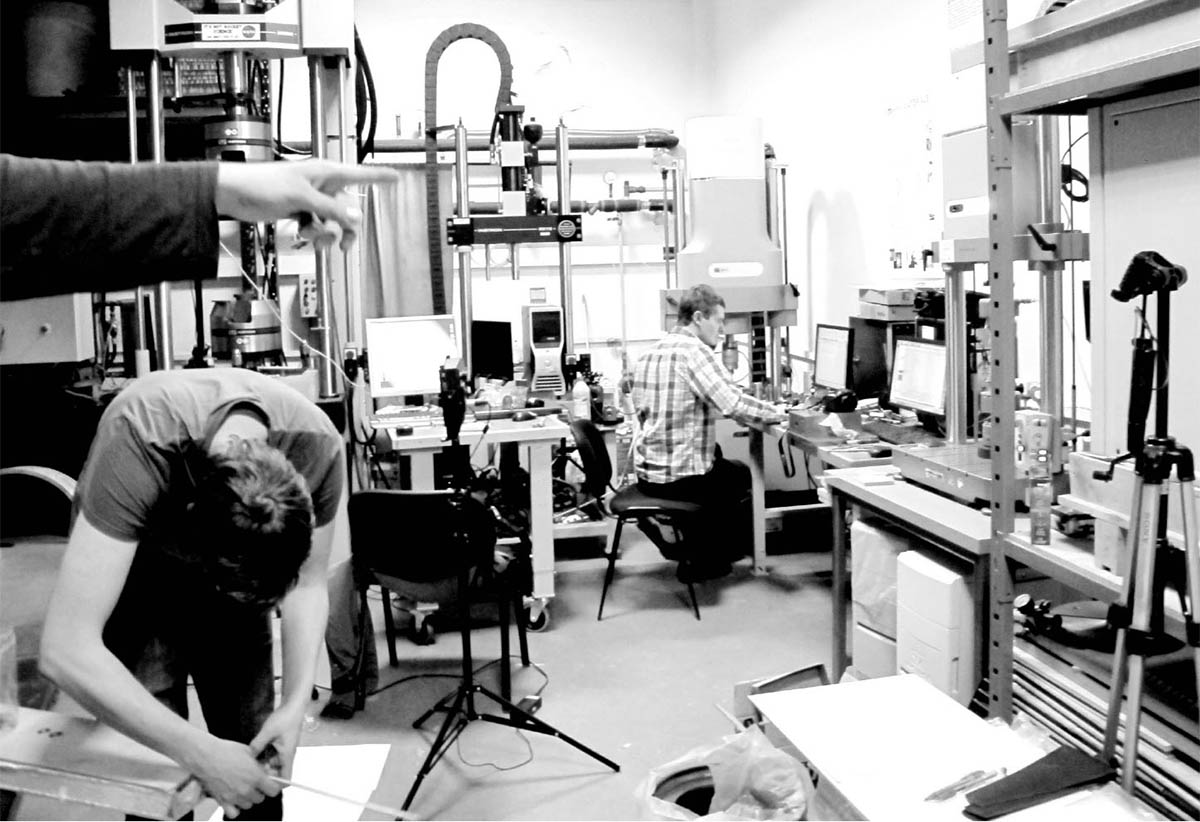 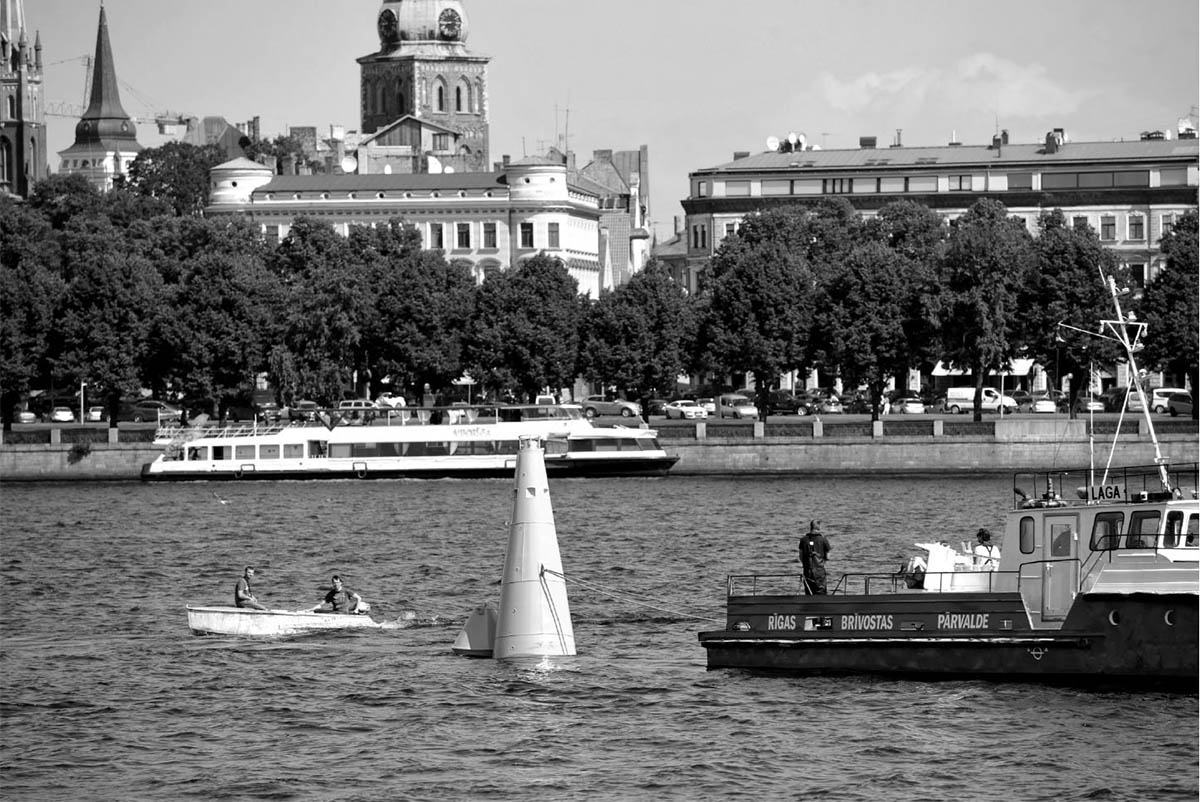 Subsequently, this summer, floating art objects were created and subsequently installed in the Daugava between Akmens Bridge and Vanšu Bridge with the assistance of the Free Port of Riga’s navigation specialists. As artist Krišs Zilgalvis explains, “These art objects are small scientific stations, containing specially created devices that read information about the flow of the river, its current and the nature of the waves.” 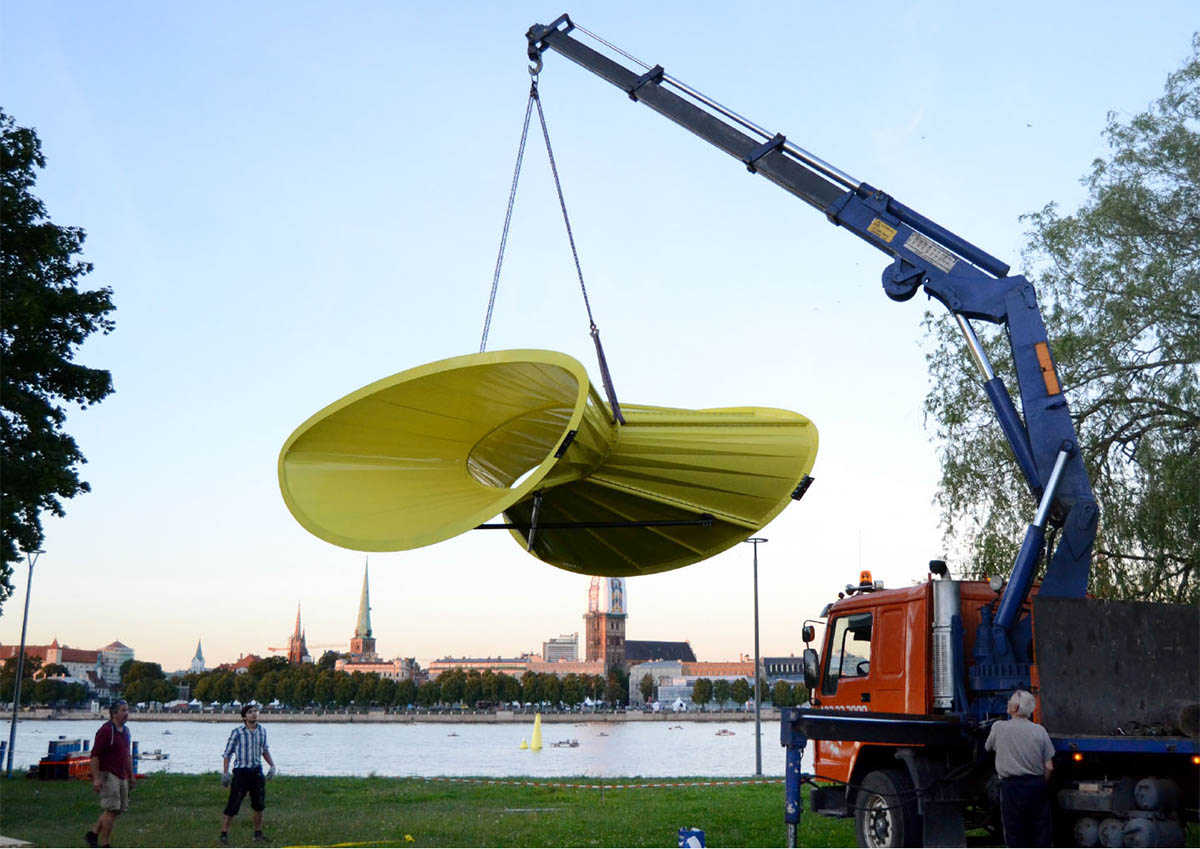 In the exhibition that accompanies the art project, viewers can study the research process, the course of the creation of the works of art and the team involved.

Talking about the exhibition, the artists emphasise that, “For us, process is an important component of a work of art. Like the exhibits in the urban environment, Daugava water basin and on AB dam, the accompanying exhibition is the continual object of discussions. We are using this exhibition as a meeting place and creative workshop so that we can continue to experiment and develop ideas.” 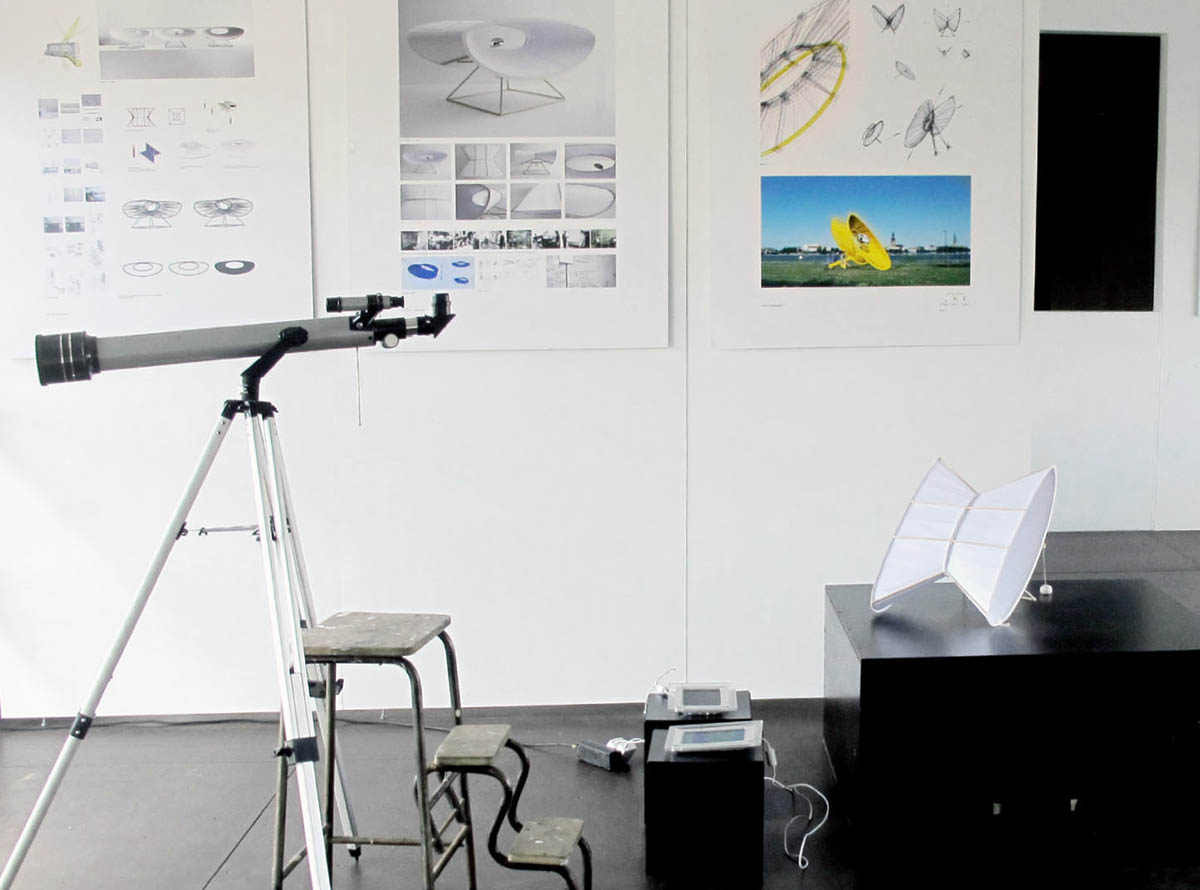 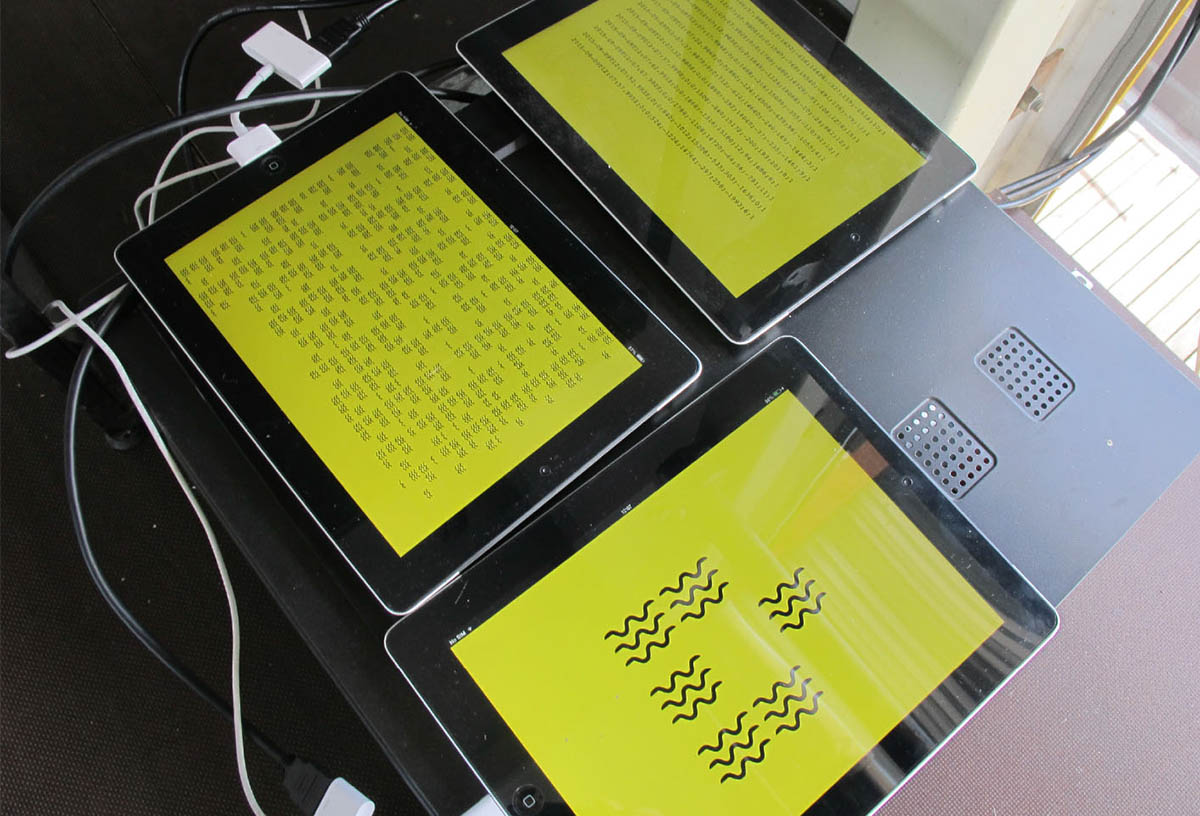 The resulting water stories are continually augmented. The repository of stories is available online and is visible on the monitors positioned on the floating arts centre’s façade. 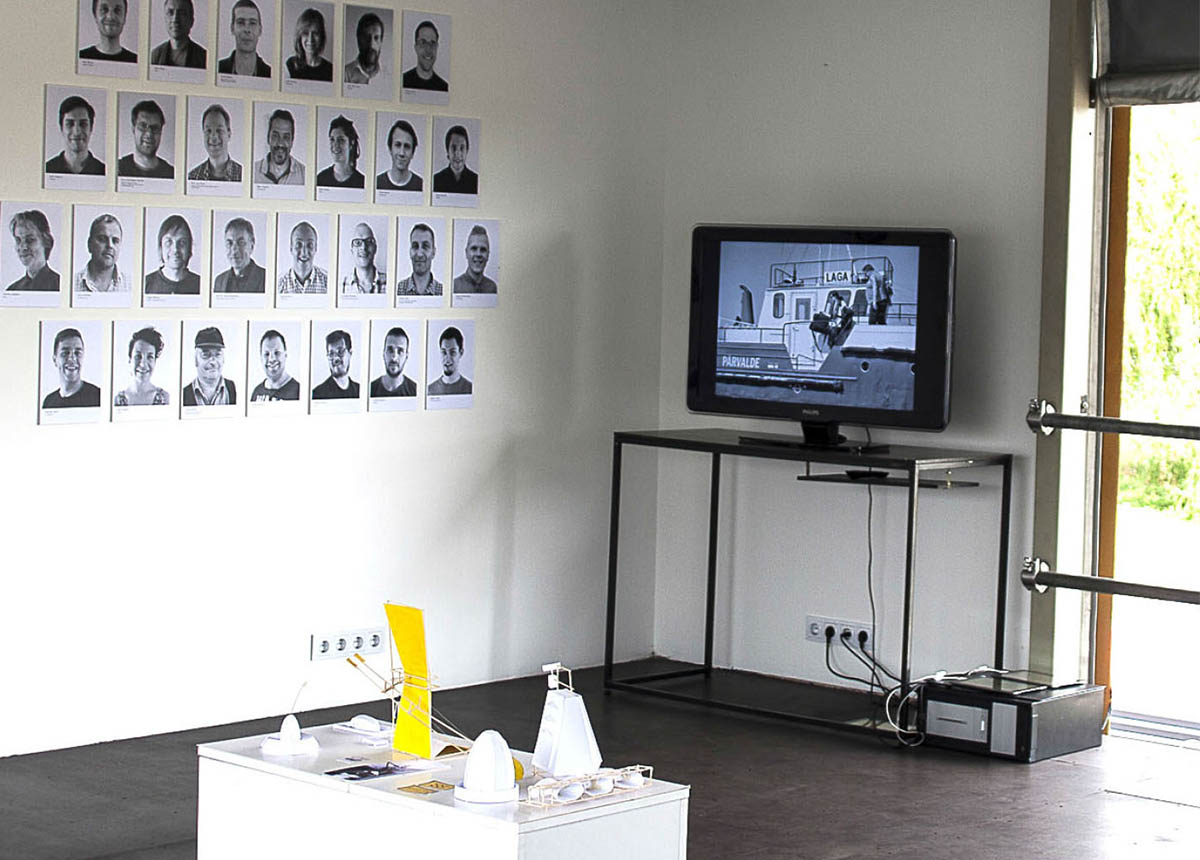 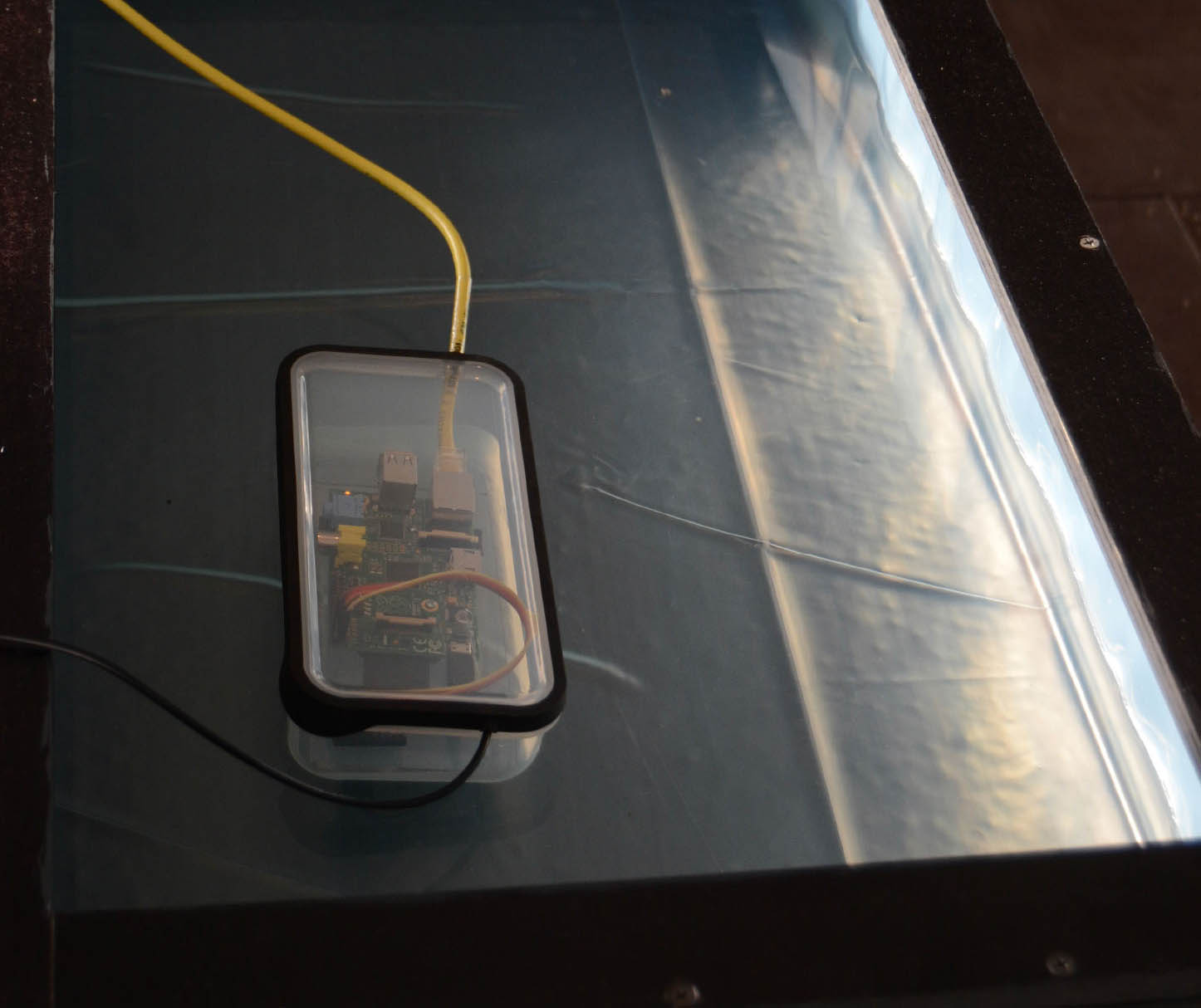 IT specialist Ronalds Gailis developed the software and database required for the work of art: “The exhibition showcases the first sketches, tests and experiments, as well as the devices themselves, which are continually augmented and improved. The viewer can see the data obtained from the Daugava online and observe the process of how they are transformed into graphic signs.” 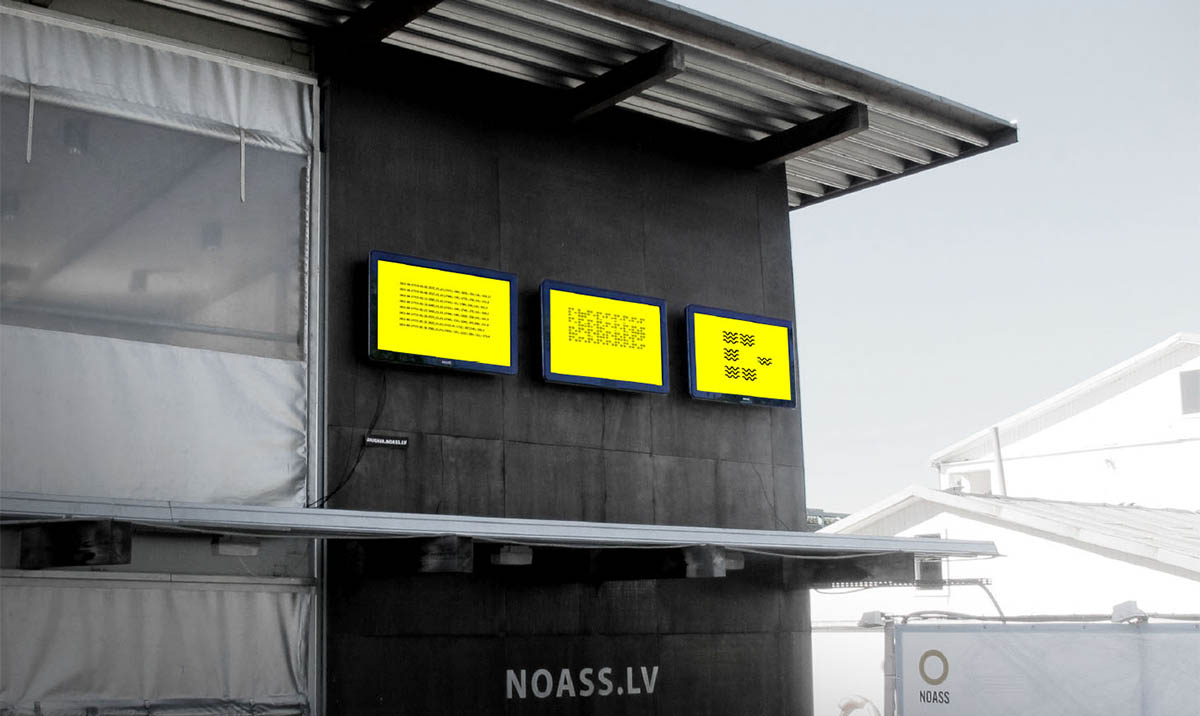 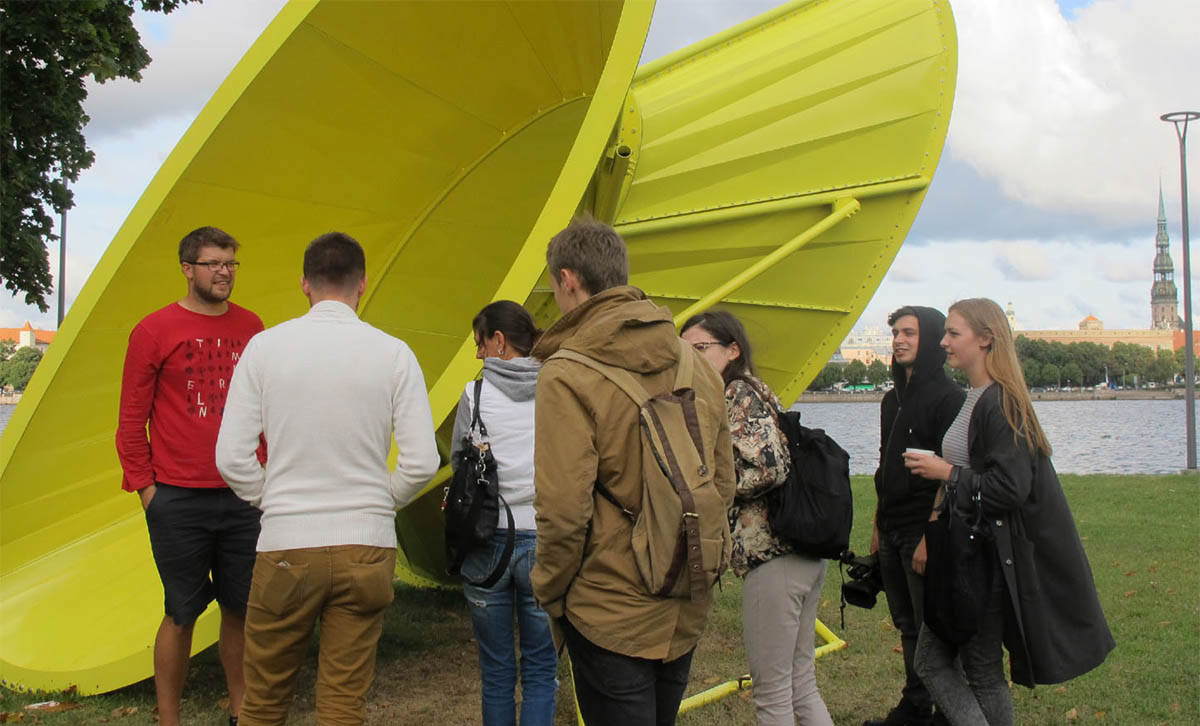 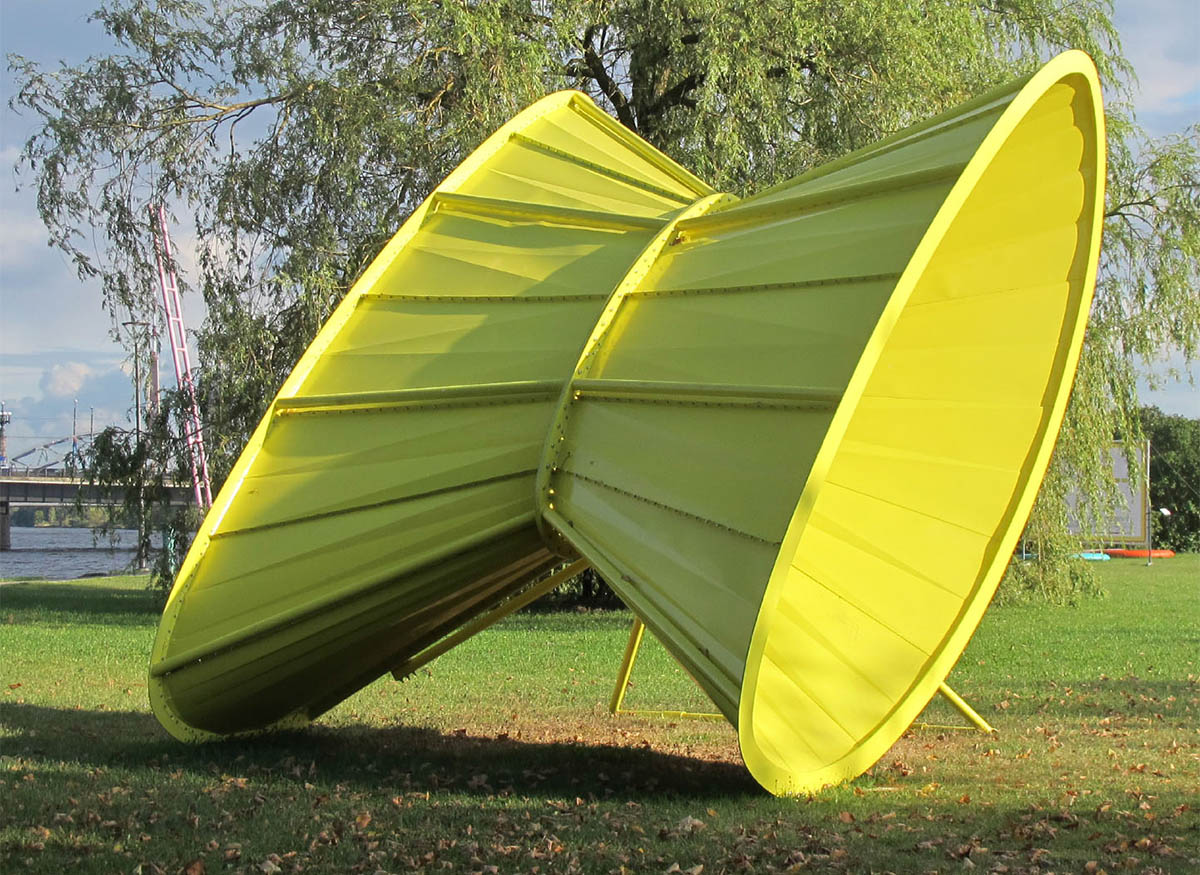 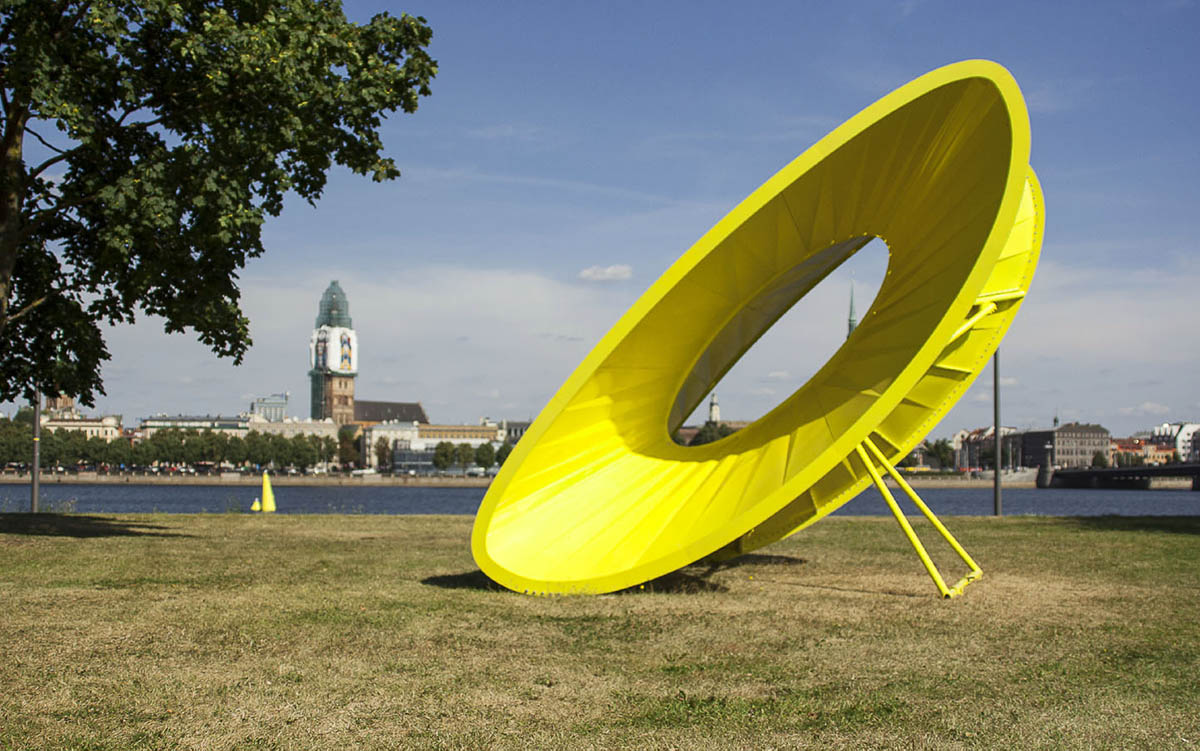 The task during the first step was to listen to and record the water stories.
The next step will be dedicated to deciphering and translating – interpreting – the recorded material. This process will culminate in another art project “Translator”, which will take place in the summer of 2016 on AB Dam and at the floating arts centre “Noass”. This project will also involve the collaboration of specialists, artists and scientists from various fields, resulting in the creation of a contemporary art event and exhibition.

“The Translator’s” task is to understand the logical aspects of the recorded water language and to explain them in as meaningful a way as possible, i.e. by translating them.”

THE COLLECTION OF STORIES

The collection of “Stories told by water” books will be created, recording water epistles in various places around the world.

“All over the world, waters are related through uniform circulation. Based on this fact, we have formed an assumption that in various places around the world, waters speak in one and the same language, albeit perhaps with a slight difference in dialect.”

To confirm or demolish this assumption, the authors of the project invite curators and organizsations to record their water stories in other locations.

If you wish to learn more about this art project or collaboration opportunities, please contact us. 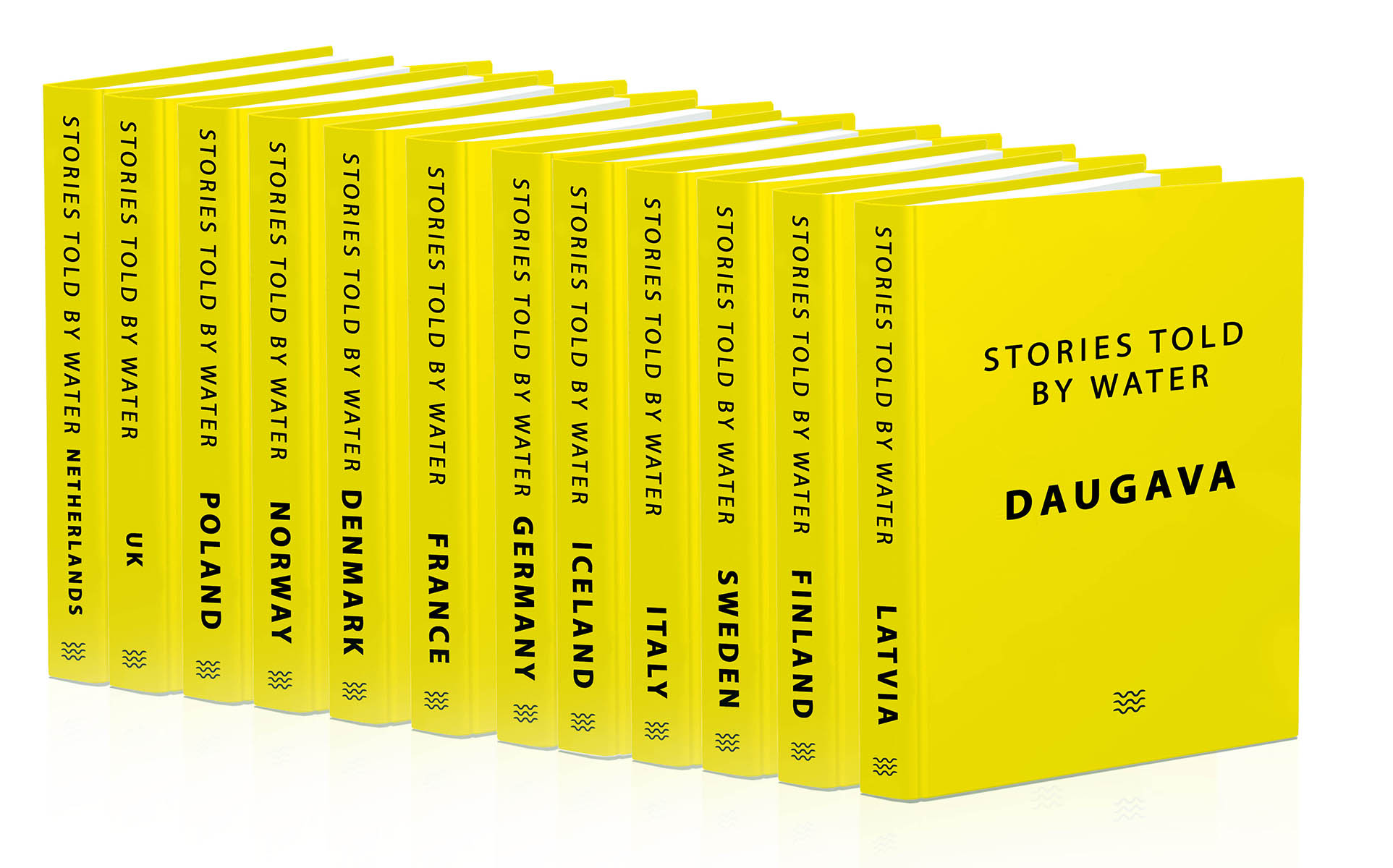 THANKS TO OUR CREATIVE TEAM