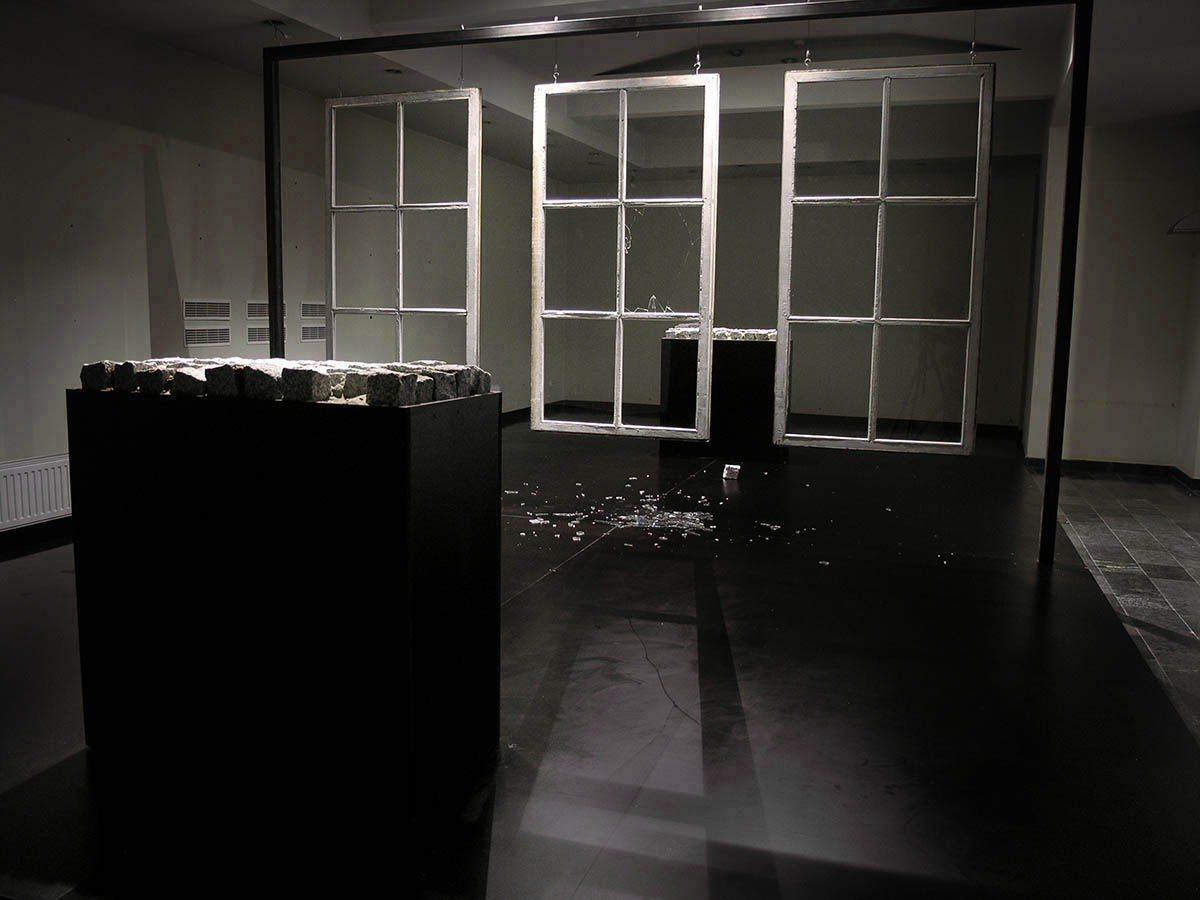 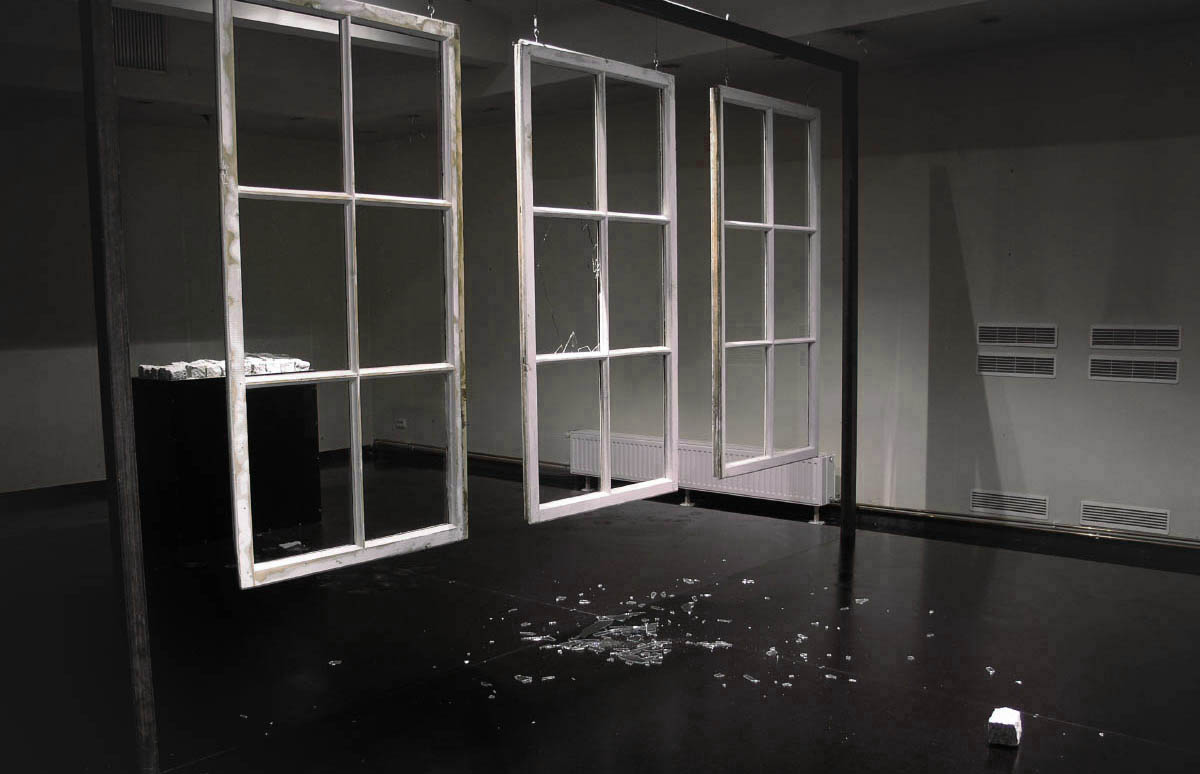 This work of art was created on the occasion of Latvia’s first violent protest against political corruption. A crowd of demonstrators, protesting against politicians’ graft ransacked several buildings and smashed Parliament’s windows with paving stones. The public was divided into two fronts; one group that supported the unrest and another that condemned this violence and the breaking of the windows.

The installation is comprised of a playing field with two identical halves, symmetrically divided by windows. Viewers had the chance to throw paving stones through the windows knowing that the viewers on the other side could do exactly the same.

During the exhibition, some of the installed window panes were broken, but no viewers were injured.